Who are the Guides?

Who are the Guides?

It’s a question I get a lot. Who, or what, are the Guides?

When I first started receiving guided writing over twenty years ago, I wondered the same thing. Who or what was it that was talking to me?

Channeling as a concept was not new to me. I was a fan of Pat Rodegast’s beautiful Emmanuel books. I’d heard about Esther Hicks and Abraham, the Seth materials, and A Course in Miracles. I knew of mediums who spoke aloud, brought through energies with a different name, voice, or accent, and I was aware of others who claimed to transmit messages from particular angels, saints, or holy figures from history. All of this seemed quite plausible to me, and fascinating.

I never expected to do such a thing myself. But when I did, when it became clear that the writing I was doing was from somewhere beyond me—and once I got comfortable with that idea, which took me a while—I just assumed there would be a “who.” A name. An identity. An “I,” of sorts.

But there never was. In fact, when I asked for specifics, I felt a kind of gentle cosmic headshake and then a patient silence. Like, No, sweetheart. Not going to go there.

Deep down that felt right. Because I never felt the sense of a separate entity, a “someone” with an “identity” as we understand it.

Instead, I sensed a benevolent force, a nameless collective energy, inseparable from myself somehow but beyond my conscious awareness and much greater than me. It felt like a link to Soul, or Higher Self, where I am inseparable from you and we are all connected to everything.

A “We” more than an “I.” A clear, patient, incredibly loving We.

We are always with you.

Do not imagine you are alone, not for one minute. We are here. We are listening. Let us help. That is our joy. 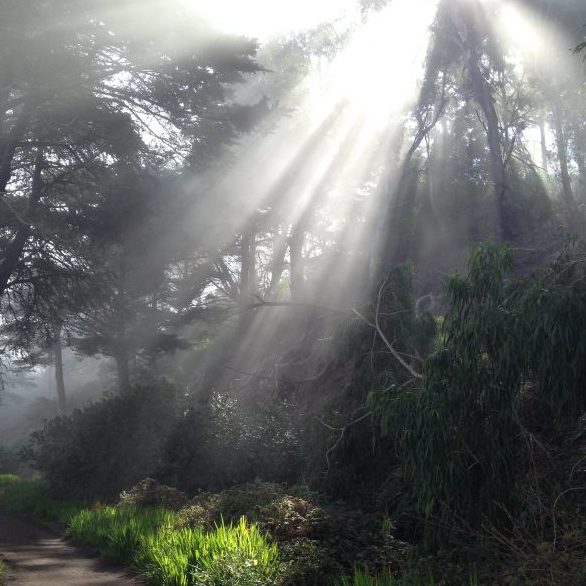 I couldn’t help myself, though. I wanted to know more. I asked again, “Who are you?”

This is the answer I got:

We are your multidimensional selves. Your friends. Your partners in Light.

Their humble definition, which I have thought about for years, sums it up perfectly. Their energy is a We, not an I. It is a part of me, and yet far beyond what I am aware of in this dimension. It is also connected to You. It is a deeply respectful, co-operative energy that seeks to lift us all up into the Light. It is an energy we all have around and within us, but we don’t always know how to access.

For ease’s sake, I call this energy the Guides. It just feels right: the lack of specificity, the collective quality, the elevated and universal feel.

I remain particularly moved, over the years, by the Guides’ profound compassion, dignity, humility, and respect. Although these “Friends” are deeply wise and unfailingly kind, they do not wish to put themselves above us.

They have a deep respect for what it means to be human and for the challenges of the human journey. More than anything else, they want us to elevate ourselves, to recognize ourselves for who we really are. Or as they would put it, Who We Really Are.

Sometimes my husband and I refer to them as The Guys, especially when we want privacy. “Don’t forget what the Guys said,” I’ll text him, being sure to capitalize the “G,” out of respect.

When we call them that, I can feel an inner smile. Because they don’t mind. They are here for us. It makes them happy when we see them not as our masters, not as the source of all our answers—though they have incredible wisdom to share—but more than anything else, as our partners and beloved Friends.

They want to Love us, and for us to Know that we are Loved and accompanied at all times. That we are never alone.

And thanks to them, and All That Is, we never are.

Keep Reading: How it All Started