How it All Started

How It All Started

When people hear about my intuitive work, the main thing they ask is how I got started. How did I know I could access Higher wisdom through writing?

Intuitive work is a bit out of the realm of the ordinary. It doesn’t always fit with our everyday understanding of the world or with the way things are supposed to work, according to our rational minds anyway.

And yet, when most of us hear stories that point to a deeper reality—whether through prophetic dreams, signs from dead loved ones, gut feelings that turns out to be eerily accurate—we tend to sit up and pay attention. Because we’ve almost all had moments from our own lives that felt that way.

Times when we just knew something. Times when a coincidence couldn’t be explained away. Moments when we felt—or just knew—there was something more.

Such windows to the unseen world can unfold in surprisingly ordinary ways. Mine certainly did.

It happened like this. I was about twenty-five, living in San Francisco and working as a public school English teacher. When I wasn’t teaching, I was sitting at my lonely desk in my apartment, trying to figure out how to become a writer. Like many strong-willed and impractical young writers, I had an ambitious plan and a timeline. I was to craft a collection of beautiful, important short stories as quickly as possible so I could realize my dream of becoming an under-30 literary sensation.

I couldn’t understand why it was going so poorly. Or why I was so miserable.

What I didn’t know at the time was that I was way too impatient and much too inexperienced to succeed in my plan. Not to mention the fact that I was not a natural fiction writer.

I had other problems, too. One was the inconvenient fact that every time I turned inward—really listened to myself—I felt an upwelling of intense emotion I couldn’t name. Instead of working on my stories, I ended up crying, or journaling about why I was crying and how frustrated I was. It was miserable, and it went on for a long time.

It was during one of those miserable moments that I decided to give up. To surrender. I’d always had a belief in God, or the Universe, or a Higher Power, so to turn inward in that way wasn’t strange to me. It was weird that I felt brought to my knees over writing, but whatever. I was desperate.

So I put down my pen and prayed. Tell me what to do, I pleaded, closing my eyes and turning my face upward.

I didn’t necessarily think anything was going to happen, but it felt good to stop struggling. To admit I needed help.

It was a few moments later, just sitting in silence, when I began to hear unfamiliar words forming in my head.

“Hear” is not quite the right word. I didn’t hear sounds, or an audible voice, or some other entity speaking. It was more like certain words just appeared in my mind. I sensed them. They were there, and I wrote them down. The words had their own momentum, their own forward movement, one word or phrase appearing after the next. 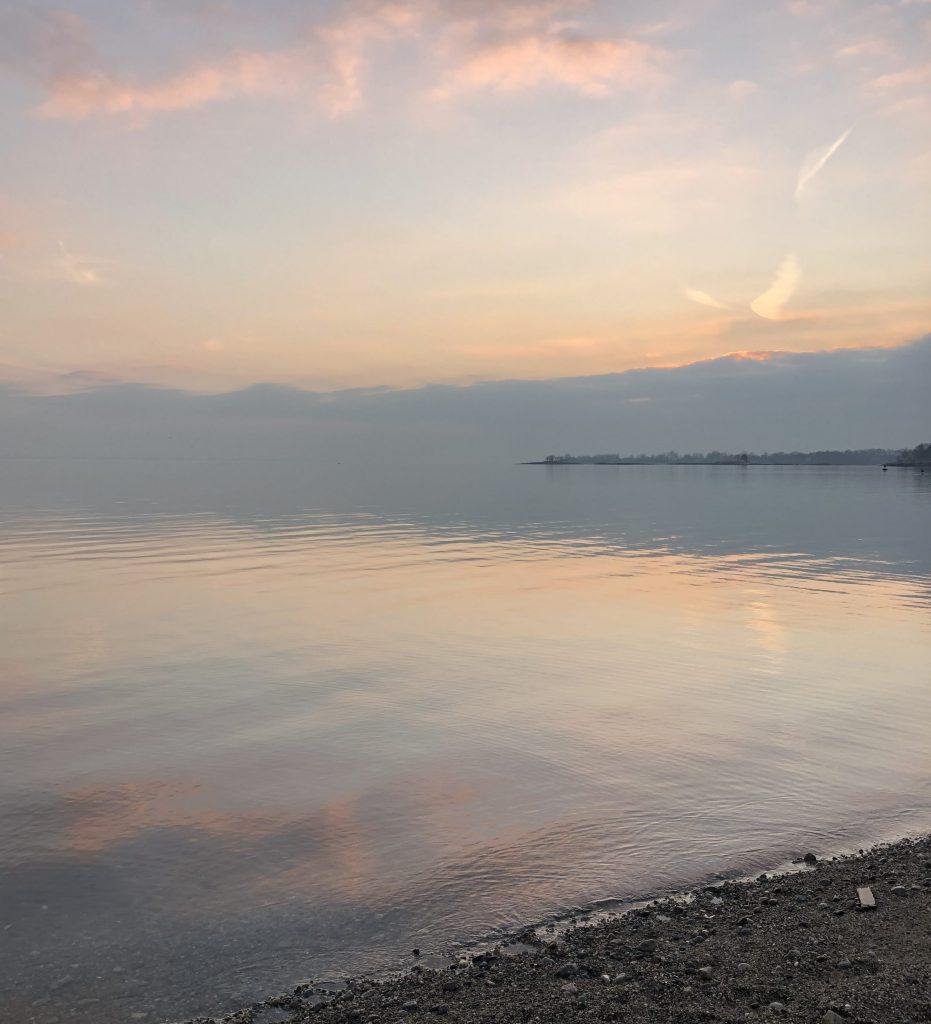 At first, it wasn’t all that different from being in the creative flow, that delicious state when the words just come on their own. That’s what I thought was happening, and that was fine with me. It felt good to get words on paper. At least I was not stuck and suffering.

In fact, for the first time in a long time, I felt opened up. Free. Broken out of the prison of my mind and the pain of my heart.

So I let the words flow, page after page, and after a while, I reread what I had written. It was then I began to realize something unusual was going on. Something other than free association. Something bigger than free writing.

These words were not mine. They didn’t sound like me. They were formal, almost eloquent, and wise. They were addressing me, and they had an insistence, a direction, a message to convey.

As though someone, or something, were answering my prayer. Just like I’d asked.

As though someone or something was telling me what to do.

It made me shiver a little bit, even as I questioned whether it was really real.

Read on to hear what the Guides first told me,

and what it set in motion.

Keep Reading: The First Messages
Go Back: Who Are the Guides?